Go wherever we are needed

A Minnesota chapter of Volunteers of America was organized in Minneapolis on April 24, 1896, about a month after the National Organization's founding in New York City.

That organizational meeting was held at 29 Washington Avenue South. Nine days later, on May 3, the chapter had established a new headquarters and mission hall at 104 Hennepin Avenue. "The mission was large enough to seat four hundred people," reported Bob Nolte, one of our pioneering leaders, in his 1996 book about our first 100 years. The book A Ministry of Service in Minnesota recounts many stories from that first year, including the distribution of Thanksgiving food baskets as far south as Winona, Minnesota. Volunteers of America of Wisconsin was founded in the Depression Era — 1929 – and merged with VOA-Minnesota in November, 2013. 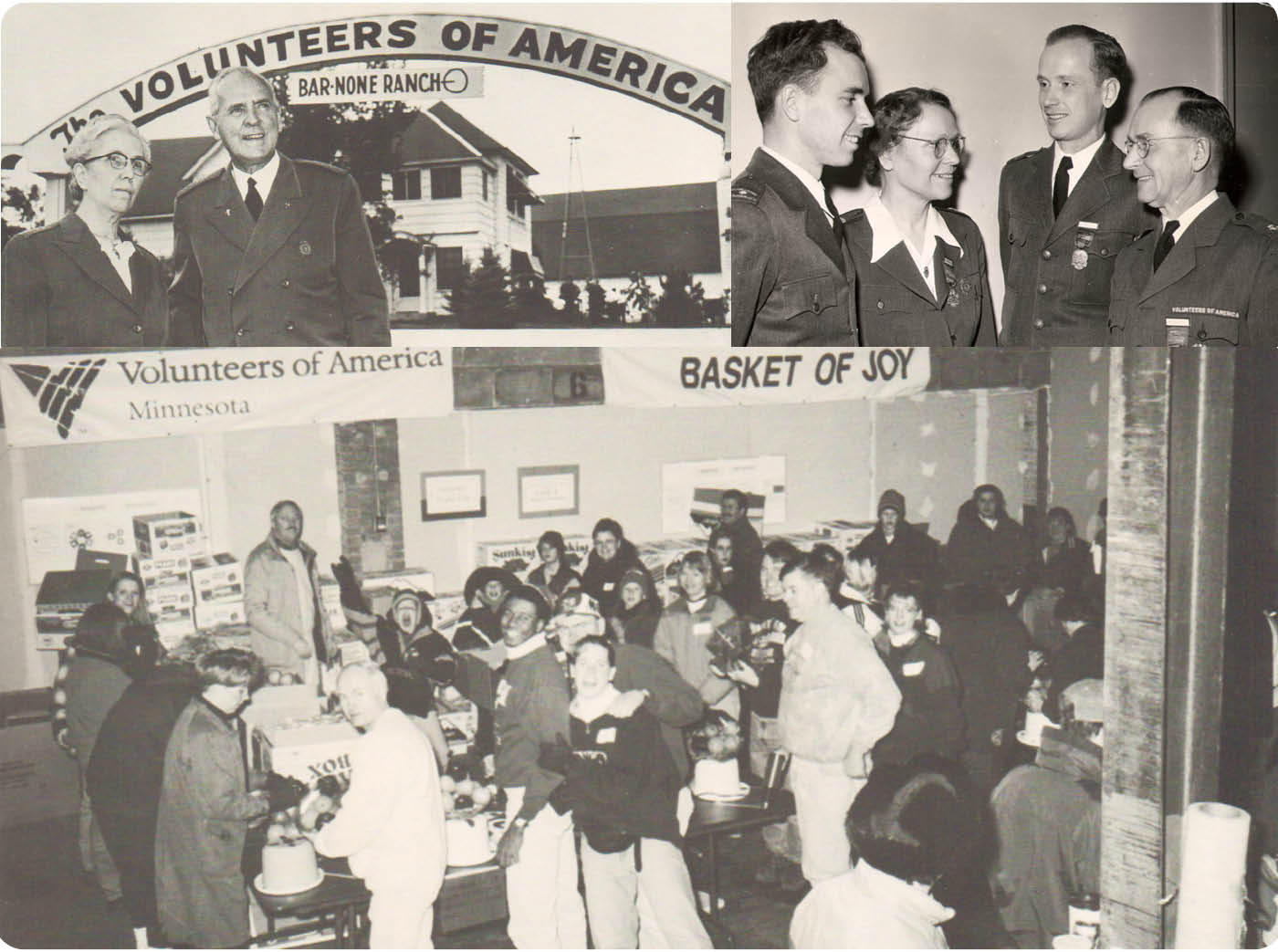 Upper right: three pioneers, Bob Nolte on the right – with Paul, Frieda and Ira. The uniforms were discontinued in 1985 when the Minnesota affiliate incorporated as a non-profit with a local Board of Directors.

Bottom: Baskets of Joy being assembled, one of the many opportunities for volunteers to participate throughout our history.