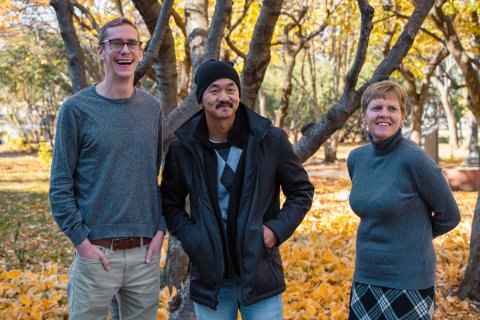 Becoming a Blessing: The Story of Fong Lee

His name in Hmong means “Blessing” but it took time, effort and friendship for Fong Lee to turn the aspirations of his parents into something more real for the community around him.

Fong was born in a refugee camp in the 1990s in Thailand, his family among the over 200,000 Hmong who have fled murder and persecution in Laos since 1975. Fong’s family settled in Detroit when he was about 5 years old and he joined his brother in Minnesota when he was 18, hoping to start a new life. Those hopes ended abruptly when an argument outside of a bar ended with gunshots. One bystander was killed and another hurt. Fong was convicted of 2nd degree murder and attempted second degree murder and sentenced to over 38 years in prison.

“When I first started serving my sentence I was a typical young man at 18, 19 years old, and I didn’t care about much. I was bitter. I was really mad; angry at the system and at my ‘friends,’ my co-defendants,” Fong recalled.

That changed a few years into his sentence when Fong’s grandmother passed away and he was unable to say goodbye. Looking for help in making sense of the mess his life had become, Fong reached out to other inmates with long sentences and they turned him away, calling him stupid.

“I decided not to be like them. I was looking for help, searching for a way out of there too but they didn’t give me that. So I told myself that if other people in there needed my help I would never turn them away.”

Fong rededicated his life, searching for ways to become the blessing he was named for. He took nearly every opportunity available through the Department of Corrections – anger management, higher education, restorative justice.

Eventually he found his way to Volunteers of America through Amicus’ One to One volunteer program and later through an innovative Clinical Pastoral Education (CPE) program, training inmates at Stillwater Correctional Facility to be chaplains.

Fong said that in some ways the CPE program restored a connection to the teachings of his father, who had served as a shaman for his Hmong community.

“He just taught us to be kind, to be good to people and help them when they needed it without keeping score. To just be a human being, you know?”

Laura Thelander, the director for Spiritual Care and Racial Justice at Volunteers of America, Minnesota, Wisconsin said the need for people like Fong in a Correctional Facility such as the one in Stillwater MN, is very real.

“In MCF Stillwater there are over 1200 men who are incarcerated there, and there's one chaplain. And there's just no way in which one person can tend to the spiritual care needs of all those individuals,” Laura said. “In men like Fong and others who have done CPE with us there is just an immense amount of skill and wisdom and compassion. They can meet people who are in grief, who are struggling with depression or anxiety, who are going through the challenges of life on the inside, and they have a unique lens and perspective to accompany and support the men who are coming to them in need.”

“It was through CPE that I learned about Fong's spiritual background - that his father was a shaman in the Hmong tradition. Fong has just kind of absorbed the lessons he learned from his father and from his community about how to be a force for good in the world. And in many ways, seeing we’re seeing Fong embodying his father's legacy of promoting the good, doing the right thing. I see it as a way of kind of continuing and honoring his father and his people,” Laura notes.

Wanting to expand his circle of friends beyond people who were incarcerated, Fong applied for the Amicus One to One program and was matched with Hans Dosland.

“I was nervous meeting Fong,” Hans said.  I had never really interacted in a program like this before. I wasn't here to judge people. I was here to learn and to help in the ways I could.”

Hans found Fong to be very laid back; a quiet person who had a lot to share, but had also been a part of a system where he didn't really have the opportunity to connect with others – especially those outside of prison.

At first Fong thought it was a mistake, because he simply didn’t know how to speak to anyone who wasn’t in that circle of incarceration, but eventually he and Hans made a connection.

“My friendship with Hans helped me to be more open-minded to other people, to accept them for who they are. Because we're just human and Hans accepted me for who I am.”

Hans found it wasn’t just him helping Fong either.

“You know, going into this one-on-one friendship with Fong through Amicus, I was curious because I thought a lot of it might be a one-way street - me helping him. But I learned throughout the experience that it was a mutual friendship, and there were so many ways that he impacted my life,” Hans notes.

“I lost my mom to brain cancer in December 2015, which was actually only seven months after Fong and I had started meeting, and Fang had sent me an email that struck me as really powerful. He hit on things in my mind that I was thinking about – how I miss my mom, how I was worried that I wouldn't be able to continue her legacy. And he mentioned all these things in an email to me. It's like he almost read my soul and his support throughout that whole grieving process was powerful. There was no reason that he had to support me, but he did.”

Anxiety was what Fong was feeling at his most recent release hearing in early 2022. The hearings have been done via online meeting since COVID and as he came up to that blank computer screen he didn’t know what was going to happen and there was a lot of nervousness.

When the meeting came on, his small screen was filled with supporters - all the people in the community his thoughtfulness and kindness had touched over the years, including Hans.

“I felt like I was being loved, not just by my family, but by all the people that I had come across that I have love for. And they actually loved me back,” he recalled.

“What struck me during that hearing from what Hans had to say was he said I was there for him. That it meant a lot to him when he lost his mother. I'm like, ‘Dang. That really touches me that I actually made a difference in somebody's life.”

Hans notes that even though friendship and trust sometimes feel like “soft” things, Amicus can make a very solid difference in people’s lives and on society as a whole.

“I would characterize the program as one that allows folks to really create relationships with each other. Just having one connection to someone on the outside has so many benefits. It allows people to keep hope. It allows them to understand that there is a whole world going on outside, and that they have the potential to tap into that and reenter that world and have a really, really positive impact on it,” Hans notes.

Now that he’s out, Fong has humble aspirations.

Laura hopes that Fong will continue to show society the integrity and honesty he showed so regularly back in prison.

“During our CPE unit, I learned that Fong's name means blessing in Hmong. I can attest to the blessing of Fong's creative life force upon myself and many others. I have no doubt that the circle of blessing created and nurtured by Fong's presence and work will only continue to expand. He has much to offer the world beyond the walls of prison.” 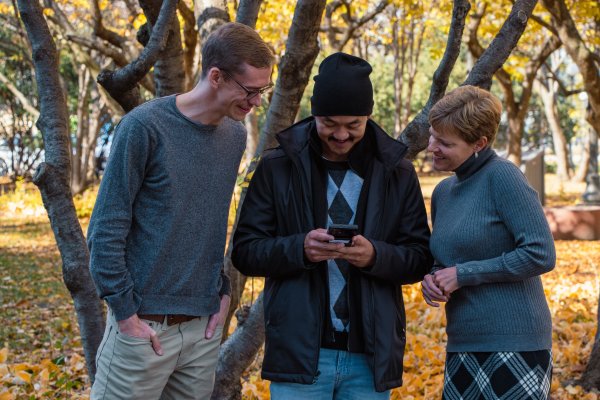 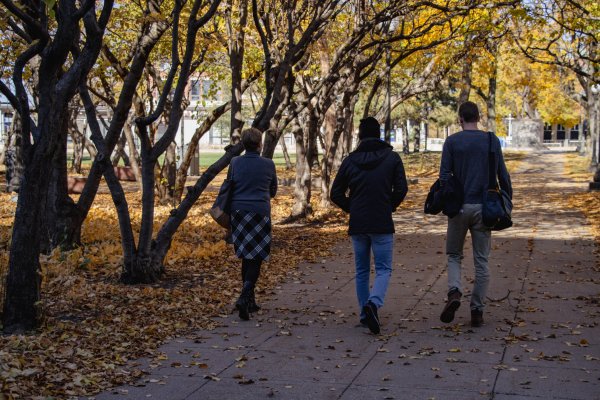