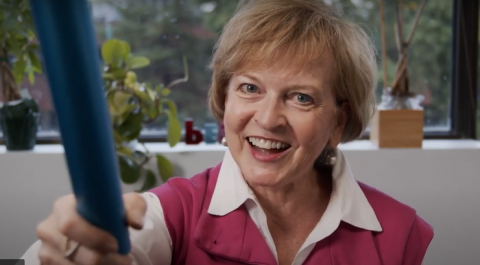 Volunteers of America (VOA) – Minnesota/Wisconsin announced today that its President and Chief Executive Officer, Paula Hart, 64, will retire from her position in October 2019 in order to move near family in Texas. A national search will be conducted for her successor and an interim CEO will be named no later than the end of October.

During her eight-year tenure beginning in 2011, VOA – Minnesota/Wisconsin had two mergers – with Amicus and VOA Wisconsin; grew to serve more than 25,000 people in over 110 locations with 800 employees and 1,400 volunteers; and expanded from a $41 million to a $46 million budget.

“She took the organization through a journey of stabilization into a path of meeting the emerging needs of the communities we serve. We are grateful for her service and look forward to working closely with Paula during this transition period.”

“Being in the role of President and Chief Executive Officer has allowed me to live out my faith in service to creating communities that uplift all lives,” said Hart. “Every day I have been inspired by the stories of the people we serve and humbled by the dedication of my colleagues throughout the organization. Whatever I do and wherever I go, Volunteers of America will always be in my heart and I leave knowing it is on an exciting path toward the future.”

Prior to joining VOA, Hart held key leadership roles for two other Minnesota nonprofits, including president and CEO of Dakota Communities (now Living Well Disability Services) and Chief Operating Officer of Courage Center. Hart was also a former Board president of the Women’s Health Leadership Trust.

In 2017, Hart was appointed to the National Board of Directors for VOA, which serves more than 1.4 million of America’s most underserved people in 46 states. She also is on VOA’s Church Governing Board and is Vice-Chair of the national Diversity, Equity and Inclusion Task Force. Among her other professional associations, she is on the Board of the Minnesota Leadership Council on Aging and belongs to the Minneapolis/St. Paul Business Magazine’s Women’s Leadership Council. She has received a number of awards for her career achievements and contributions to the health and human services community.